ABILENE, Texas — The City of Abilene has requested additional assistance in recovering from the tornado that touched down in the city on May 18.

The City of Abilene and 2-1-1 Texas have summoned an Emergency Management – Incident Management Team (IMT) to provide further help with the recovery effort after the city’s tornado on May 18.

In 2010, Mario Guerra joined the BCFS System family as a member of the Emergency Management Division (EMD) after 35 years of service in the San Antonio Fire Department – a career that began with one water hose and two singed eyebrows.

Upon hearing about his retirement, Kevin Dinnin, President & CEO of the BCFS System, asked if Mario might be interested in further aiding people and communities in need, explaining plans for a new Emergency Management Division (EMD), and how someone with his applied experience would be an asset to build and grow the EMD team. Mario was intrigued by the position and the chance to be a part of something meaningful and lasting. Before he had even officially left his role at SAFD, Mario began his service full time under BCFS Health and Human Services’ EMD.

When Mario first came on, the EMD branch was composed of five people, Mario included. Today, BCFS’s EMD employs more than 3,500 personnel, each providing critical emergency support in moments of human need on an international scale.

In his eight years of service and experience with EMD, Mario responded to wildfires, hurricanes, and other disasters. He has written and recorded procedures of service and care that span hundreds of pages, each full of information that can instruct future 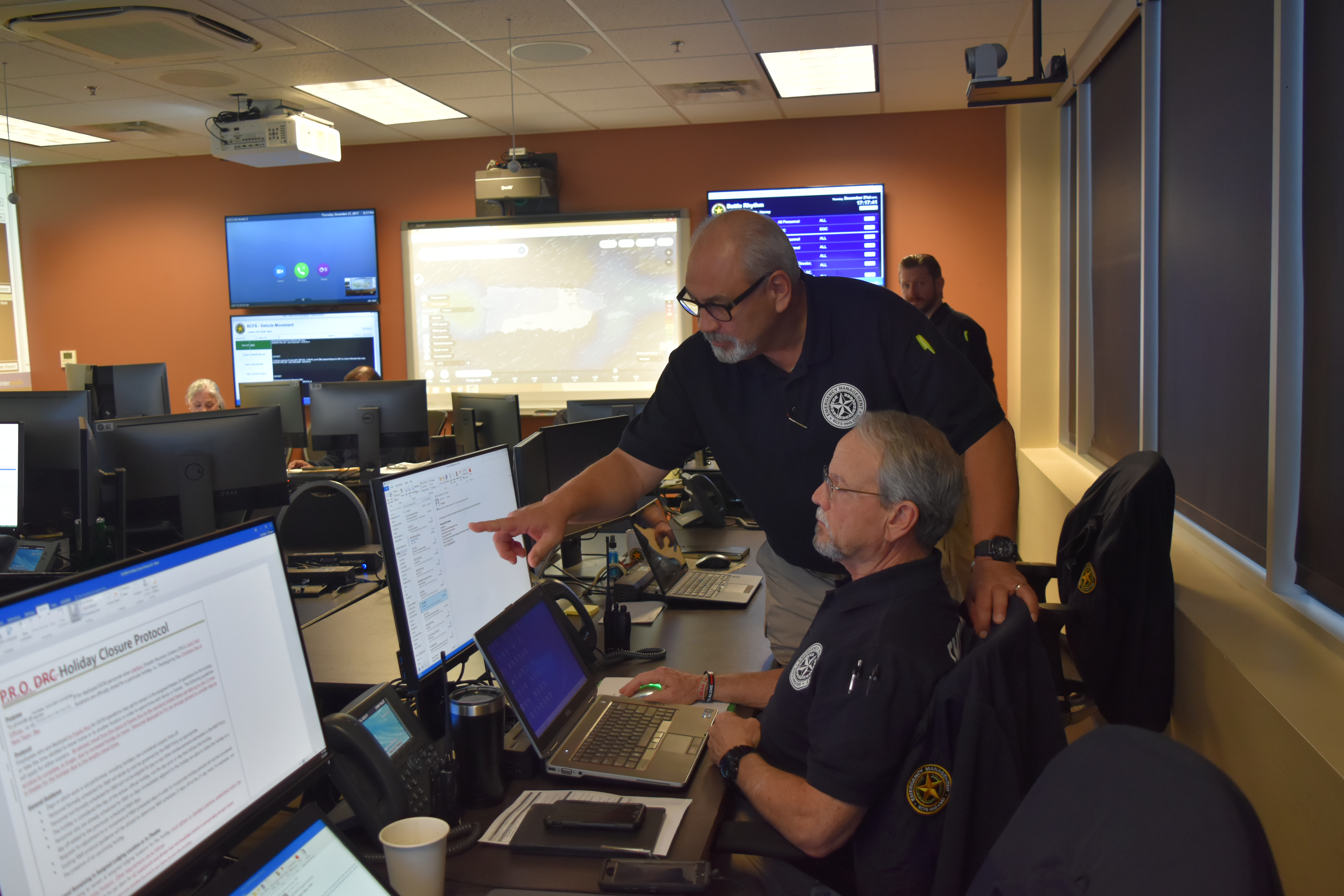 response teams on the lessons learned from his own team’s history in working through some of the most dire moments of human need.

Mario’s efforts were not only about working through people’s worst moments by meeting physical needs, it was also about providing emotional support to those who felt hopeless. In his role with EMD, Mario had the opportunity to serve as a Shelter Manager at some of the sites that provided emergency shelter to children who had made their way to this country alone, without their parents. In many cases, Mario was the first smiling face some of the children had seen in a long time. His positive demeanor gained him a reputation among those he served.

“How are y’all doing?” Mario would ask the children when they came to the site.

“Fine,” they would respond. 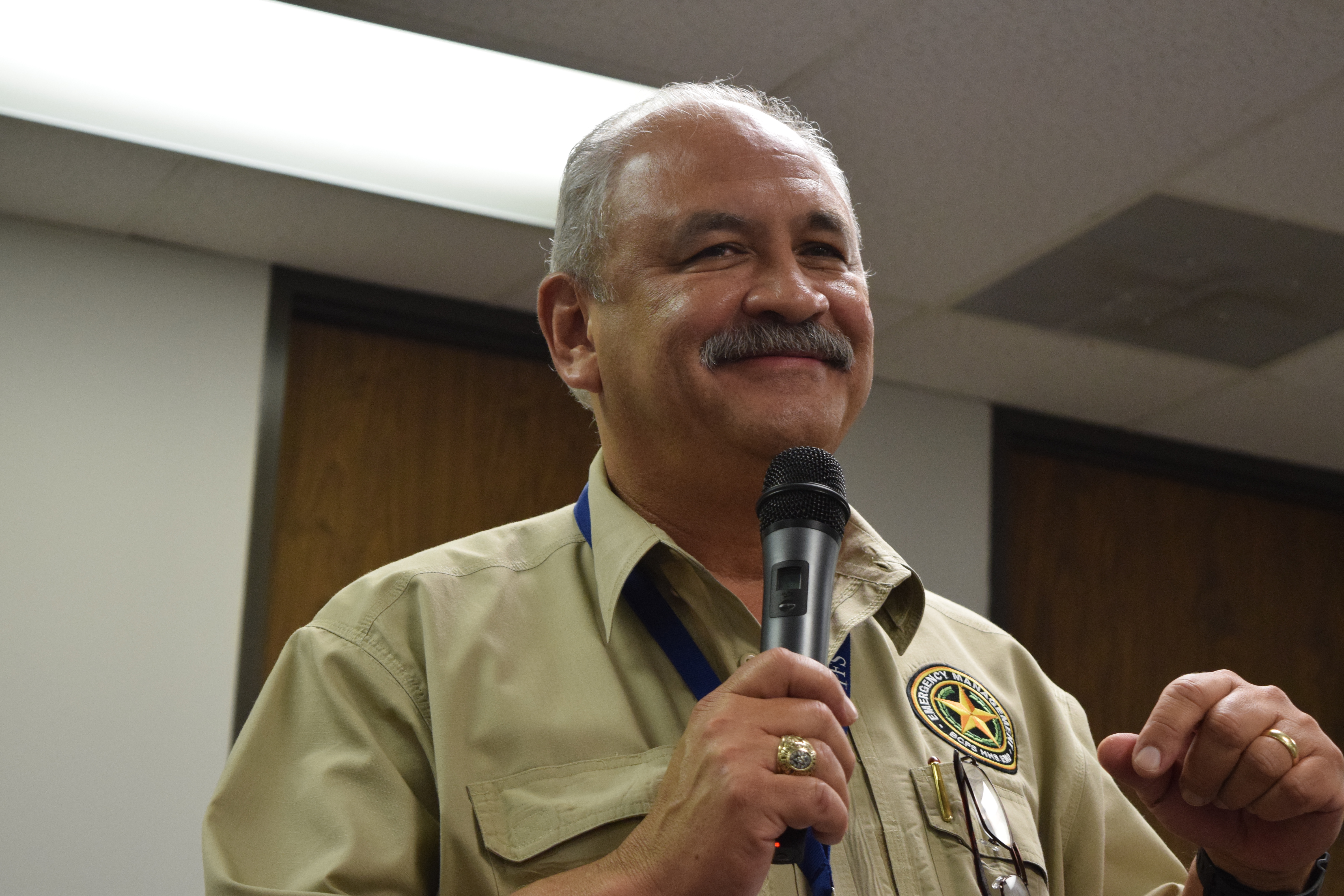 “What do you mean I’m ugly,” Mario would say, mockingly wounded from the insult he had brought upon himself, the kids laughing boisterously. “You just met me and you’re already telling me I’m ugly!”

Mario wasn’t only the first smiling face the kids would see, he was also often the one to see them off when they went on to their next destination. Before they left the shelter, Mario would hop on the bus with the children and give a heartfelt rendition of “Las Mañanitas,” a traditional Spanish song often sung in celebration.

Looking Back, Moving Ahead

As Mario’s full-time status as EMD’s Director of Response and Recovery comes to an end, he has agreed to serve in a pro re nata (as needed) role with the organization, making for 43 years and counting in a career of service to others. Mario leaves behind a record of policy and instruction that will have a lasting impact, and that will help future EMD professionals better respond in the heat of emergency situations.

“It’s about legacy,” Mario says. “It’s about creating a system for the next person.”

As he plans for the future, Mario is excited to invest more deeply in his family. He was the fifth sibling in a family of six children, and he was the first to get a high school diploma and a college degree. Today, he has a family full of college graduates, with his wife and all their children holding bachelor’s or master’s degrees. Mario hopes his seven grandchildren can continue to build on the success his family has discovered so far.

In addition to loving his family, Mario hopes to catch up on books and documentaries (about the Roosevelts among other things) now that he will have the time to do so. He also wants to do a bit of woodworking and take a few vacations with his wife, like their upcoming trip to Canada and Iceland, filled with baseball games along the way. His wife, Mario proudly states, has been incredibly supportive and patient with him throughout his career of emergency response.

“I’ve been fortunate enough – blessed – to have seen how things kind of tie together, bringing people back full circle to where they were before disaster hit,” Mario says.

“Everything we do is to help people. This whole agency is meant to do that.”