The rain may have poured but it did not dampen the spirits of the over 330 individuals who attended this year’s 10th Annual Robert L. Breckenridge Men’s Breakfast at the beautiful KE Bushman’s Celebration Center in Bullard, Texas. Some classic car owners braved the rainy conditions and brought their memorable vehicles to the car show despite the inclement weather. Meanwhile, the guests who stayed indoors enjoyed hot coffee while listening to classic songs performed by East Texas’ own, Dale Cummings, otherwise known as The “C”.

KTBB Radio personality, Bill Coates, began the program with stories of his days broadcasting high school and college ball games. He then had the privilege of introducing Elijah McCown, Luke McCown’s eleven-year-old son, to lead everyone in the Pledge of Allegiance. Dr. Tony Black followed the pledge by singing the National Anthem.

Throughout the event, attendees lined up to bid on the wide variety of wonderful silent auction items provided by local businesses and individuals. After bids were placed, the guests took their seat at football-themed tables to enjoy a delicious breakfast provided by The Diner and served by the BVT staff and Ladies Auxiliary. The room was filled with men – both young and old – enjoying friendship and fellowship with one another.

As the meal started to wind down, an exciting and animated live auction began. This year’s live auction item was a craftsman-style rocking chair built by Bob Holsomback – longtime friend, donor, and supporter of BVT. The stunning chair was made from walnut wood and featured a calf-skin cushion. It took Bob over 200 hours of work to complete. The starting bid was $1,000 but the price quickly grew as men sparred over the coveted, custom-made rocking chair. To the cheers of everyone in the audience, the exquisite piece sold for a final bid of $6,000!

Once the bidding came to a close, Luke McCown, an East Texas native and former NFL quarterback, shared stories from his football career. In his 13 years of experience across seven NFL teams, Luke’s path did not always go the way he planned. However, he knew from his life verse in Proverbs 16:9 that “A man’s heart plans his way, but the LORD directs his steps” (NKJV). Luke passionately encouraged his audience to “stand up and be men” who are firm in their faith, strong in their leadership, present and caring in their homes, and honest in their relationship with God. Luke continued, “Men should be the spiritual wind that blows in the sails of our families.” When Luke concluded his message, the audience gave a standing ovation in appreciation for his message of encouragement and wisdom.

Special thanks goes to the Kiepersol family for their faithful support of Breckenridge Village and their generosity in offering the beautiful KE Bushman venue for this event. BVT is also very appreciative of Luke and his family, Bill Coates, The “C” Dale Cummings, the many businesses and individual table sponsors, the auction donors, the BVT Staff, the Ladies Auxiliary and the employees of The Diner. The day was a spectacular one all in benefit of the special individuals at Breckenridge Village. 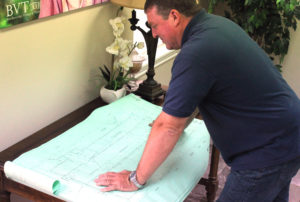 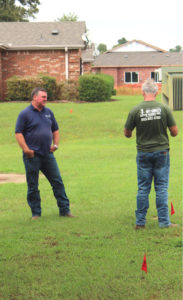 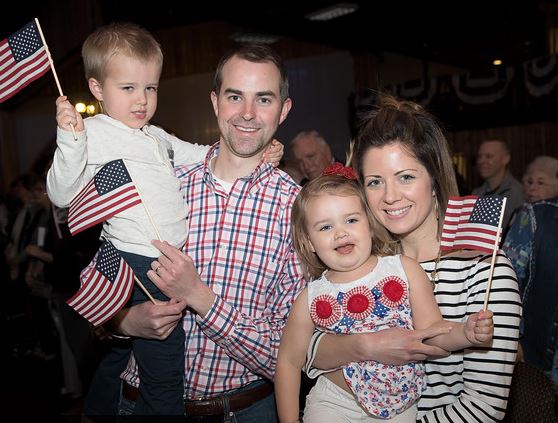 More than 700 guests sang, danced and laughed at Breckenridge Village of Tyler’s (BVT) Eighth Annual “A Night to Remember” on Friday, February 24, at the KE Bushman’s Celebration Center. Red, white and blue décor, a Statue of Liberty replica, and flags representing each branch of the Armed Forces accented the event’s patriotic theme, Stars, Stripes and Lots of Laughter.

Event headliner, comedian Jeff Allen, brought the laughs with his family-friendly, side-splitting brand of humor. Allen has performed his comedy for audiences for more than forty years, drawing from his experiences as a husband, father and grandparent.

“People are still calling and saying they hadn’t laughed that much in years,” said Linda Taylor, BVT Associate Executive Director of Advancement.

“The highlight of the evening was definitely the residents – from kicking off the show with the prayer and the pledge, down to wearing their lighted hats and proudly waving an American flag in their grand finale performance, to a standing ovation from those in attendance,” said Taylor. “All their beautiful smiles and happy faces reflected their genuine love for God, family and country.” 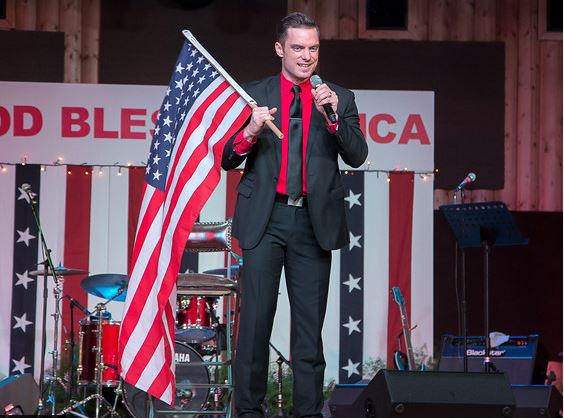 A young woman who lives at BVT, Erin, led the audience in prayer at the start of the show, and Jesse, a participant in BVT’s day-program, led the Pledge of Allegiance. Later in the program, BVT residents donned illuminated patriotic hats and marched down the center aisle singing the century-old patriotic march “You’re a Grand Old Flag.”

“They’re always awesome,” said Taylor of the BVT residents, “the people were on their feet!”

Donors and community partners who helped make the annual event possible include the de Wet family of Kiepersol Enterprises, Sandy King, and Chick-fil-A sponsors, Jeff & Debra Johnston and Ikey & Allison Eason. All proceeds from A Night to Remember benefit the residents and day-program participants through the scholarship fund at BVT, a faith-based community for adults with intellectual and developmental disabilities. For more information about BVT, visit BreckeridgeVillage.com.

Each week, the residents of BVT attend a variety of activities at the Boys & Girls Club of East Texas. The residents are offered an assortment of recreational and educational activities that promote social skills, life skills, and even vocational skills. Most recently, the Boys & Girls Club of East Texas partnered with Aquaponics and Earth, which is a non-profit organization dedicated to helping make orphanages and children’s homes self-sustaining in underdeveloped or poverty stricken communities and countries.

The Tyler Rotary Club also partnered with the organizations to provide monetary support to build a small version of the Aquaponics system at the Boys & Girls Main Club facility in Tyler. The system is used as a pilot project and has caught the eye of several local and regional groups interested in building a system of their own.

The system is designed with various tanks full of tilapia; the waste from the tilapia serves as a rich fertilizer for plants, vegetables, crops, etc. The system carries water from the fish tanks, up to the garden for irrigation, and eventually drains back into the water tank. Rather than soil, the plants are grown in small pebbles making the system virtually maintenance-free. If desired, the plants can be pulled out of the system and planted elsewhere to provide additional growth and space for even more vegetation. The system produces plants at an accelerated rate, due to the rich fertilizer produced by the fish.

Mitch Erwin, Executive Director of Camp in the City at the Boys & Girls Club of East Texas, was thrilled to have the Aquaponics System at their facility. Several people from around the area have come to visit this ‘one of a kind’ system. Erwin said that he hopes one day to expand the system to a whole new level and possibly even develop a “mini-market” in which BVT residents could become involved in. Mr. Erwin stated that it was his intention for the BVT residents to take an active role in the system and to assist in the development and management of the growing and selling of crops.

For additional information regarding the Aquaponics System, you may contact Mitch at the Boys & Girls Club of East Texas.