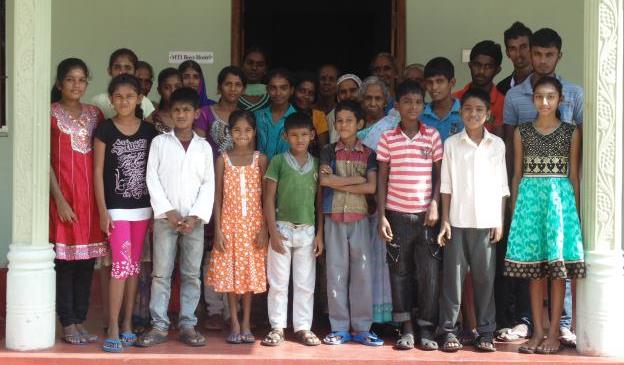 By: Leonard Favela
BATTICALOA , SRI LANKA — On December 23, 2014, nearing the tenth anniversary of the devastating 2004 tsunami that claimed more than 226,000 souls and left Indonesia’s island nations and the lives of their people utterly destroyed, BCFS’ overseas division Children’s Emergency Relief International (CERI) received notification of torrential rainfall in Sri Lanka. In only a few days, the rains sparked massive flooding and mudslides across the region, driving thousands out of their homes — and CERI into action.
Since responding to the tsunami a decade ago, CERI has operated a foster care program in two of the hardest hit cities — Batticaloa and Weligama — focused on reuniting or finding safe, loving families for children who are orphaned. In-country staff conduct trauma and loss counseling for children overcoming loss and hardships, and distribute microloans to ambitious foster parents who are entrepreneurs looking to break the cycles of poverty in their families and rural communities.
As the waters rose last month, CERI again found itself searching for children and families through waterlogged streets, and helping many among the 100,000 people affected by floods find refuge and food after their homes were destroyed.
Daily reports were sent back to the states by CERI South Asia National Director Anita Ramesh. Three CERI foster homes were damaged beyond repair, but by God’s grace, every family and child was accounted for. While the organization was able to coordinate temporary housing for families that were displaced, the organization’s goal is to rebuild the homes that were lost.
After flood waters completely receded, many families asked if they could return to their homes and neighborhoods. It is customary for Sri Lankan families to spend the New Year in their homes, performing thorough cleaning — symbolic of purging the previous year, and preparing for a prosperous year to come. CERI staff helped many families prepare their homes for their New Year’s customs, but others’ were too heavily damaged by the flooding. Those families moved in temporarily with relatives or neighbors.
CERI provided all families who returned to their neighborhoods with essential dry goods and water for immediate use. CERI staff asked families to list necessary household items destroyed by the disaster and, thanks to the support of its U.S.-based parent organization BCFS, was able to replace such items immediately.
“I am always inspired by the bravery and resiliency of those we serve around the world,” said Dr. Dearing Garner, CERI Executive Director. “In the wake of such tragedy, hope shined as brightly as it did a decade ago thanks to the prayers and support from not only our Sri Lanka staff but also our many friends and sponsors here in the United States.”
Check out pictures of CERI’s response and recovery efforts in Sri Lanka on Facebook.
For more information about CERI’s work around the world, please visit CERIkids.org.