Inside Plaza Del Sol Mall in Del Rio, Texas, a group dressed in purple set up chairs in front of a stage draped in bunting with balloons. Every decorative piece was a shade of purple for what was to be both a festive and a solemn occasion, calling attention to the problem of domestic violence in their community which had recently cost the life of one of their residents.

In the same way that pink is used as the symbol for breast cancer awareness, purple is the color for domestic violence awareness. On Tuesday, Oct. 22, that color was everywhere as the local staff from BCFS Health and Human Services-Del Rio prepared for the 9th Annual Domestic Violence Candlelight Vigil. Soon the seats were filled and the courtyard inside the mall was packed with people. Dozens of elementary school children from the San Felipe Del Rio Consolidated Independent School District crowded onto the stage to sing “Song of Peace” and “One Small Voice.” Members of the Del Rio High School Dance Company also performed.

Tracy Wayne Richardson, a local pastor and a family support specialist with BCFS-Del Rio, welcomed the crowd and led them in a prayer for the 212 victims of domestic violence across the state of Texas this past year. One name on the list was of special note. Amanda Riojas died in April 2019 as a result of a domestic violence incident, leaving behind five young children who are now cared for by her mother, Rosemary Gutierrez. Rosemary was also a guest speaker that night, who struggled to hold back tears as she spoke about her daughter and how her loss has impacted the family.

“We never think about having to bury our own children,” Rosemary said. “But I know that if we all come together and unite as one, we can help to stop this violence.”

Afterwards, Rosemary’s grandchildren passed out flowers to audience members in remembrance of her daughter. Staff members from the BCFS System took turns reading the names of other domestic violence victims who died in the past year.

Delia Ramos, director of community-based services at BCFS-Del Rio, urged people to support efforts to help domestic violence survivors by becoming ‘community angels’ – an email database where they would be contacted whenever a local survivor was in need.

“Everyday, BCFS Health and Human Services strives to help survivors of domestic violence and be their advocates, giving them a voice when often times they have no voice,” Delia said.

Like the African proverb, “It takes a village to raise a child,” likewise it sometimes takes a whole community to come together to reduce the incidences of domestic violence.

“The responsibility of ending domestic violence comes to this community,” Delia said. “We need awareness prevention that brings change in the views and cultures of our community. We all need to be part of the change.”

Learn more about how BCFS-Del Rio helps their community. 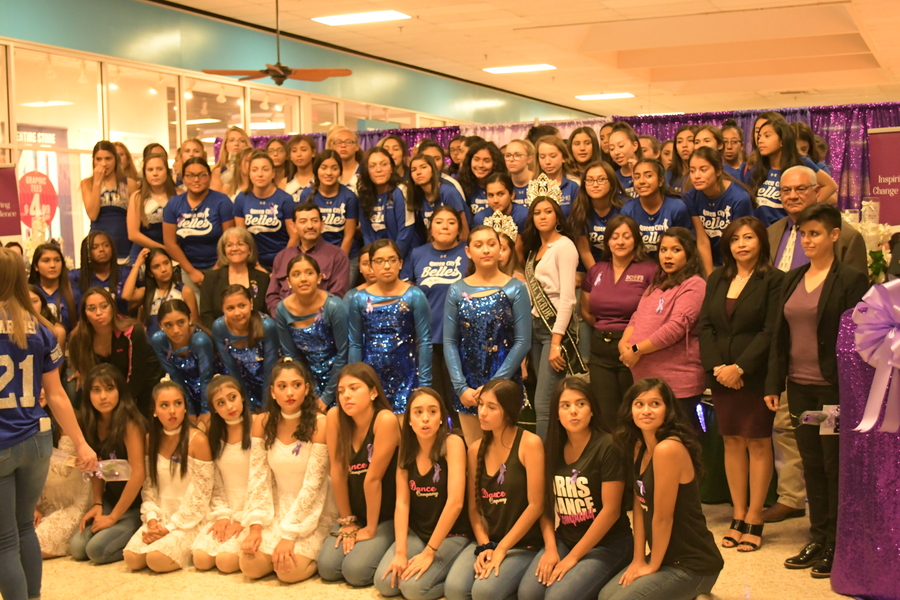 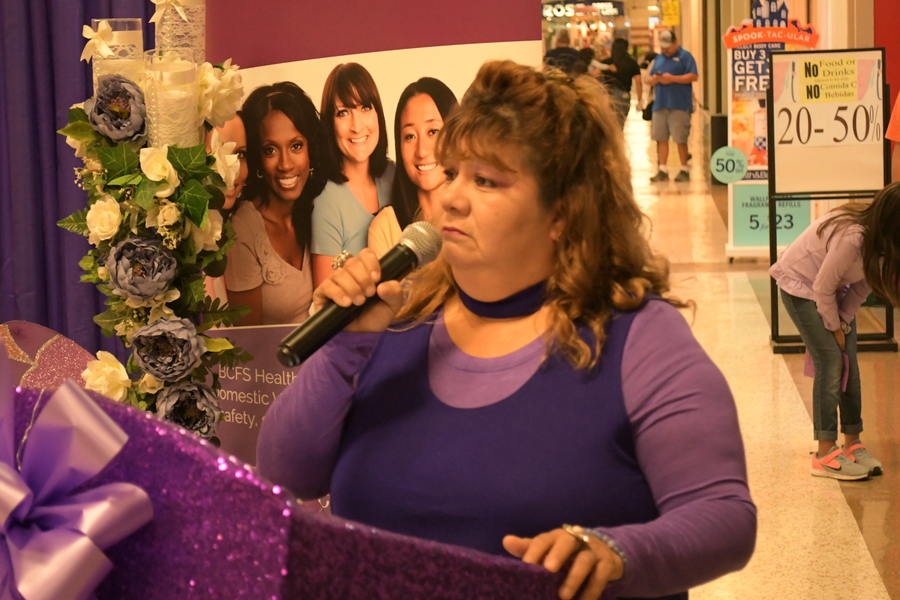 Rosemary Gutierrez, who lost her daughter to domestic violence earlier this year, was a guest speaker.
People crowd inside the Plaza Del Sol Mall. 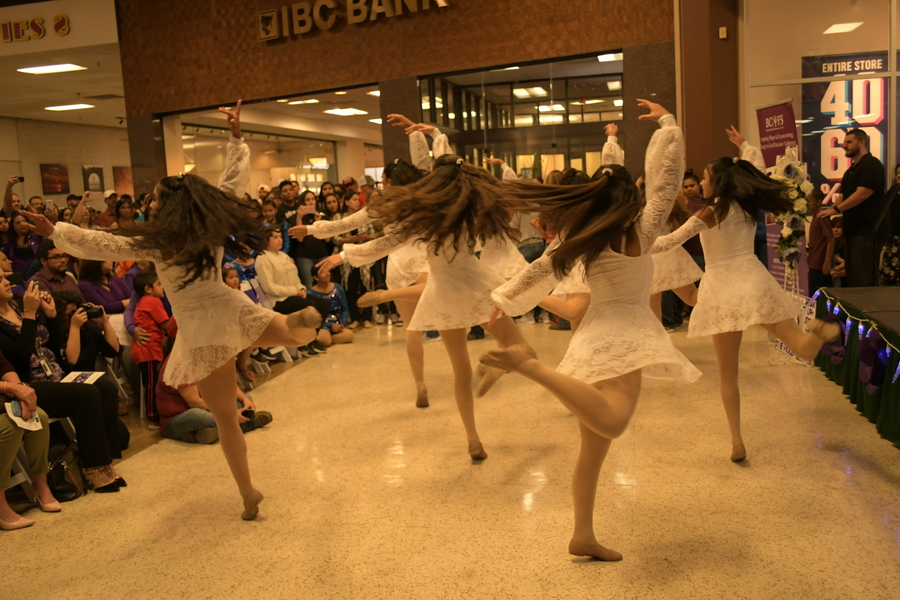 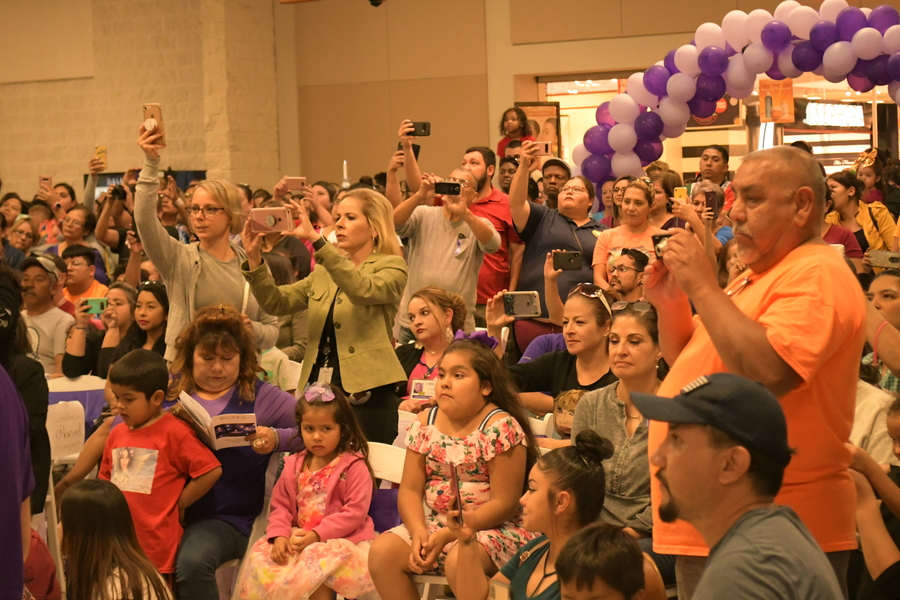 Family members snap pictures of their children in the choir.
Elementary school students sing "Song of Peace" and "One Small Voice."