By Aubrey Parke and Leonard Favela 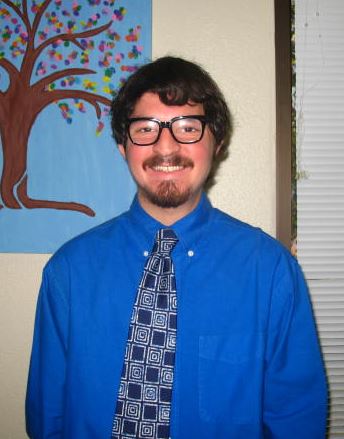 When Jackie came to BCFS Health and Human Services-Abilene, he had dropped out of high school and experienced periods of homelessness. Four years after his first encounter with BCFS-Abilene, at the age of 21, Jackie is now gainfully employed, has his own apartment and is working toward a fulfilling career. Jackie’s story goes to show that in life – as in music – “whatever you do is really up to you.”

An Abilene native, Jackie entered the foster care system at age 14. A severe case of diabetes put his father in a nursing home, and the mental and emotional strain that placed on Jackie’s mother left her unable to raise her four children.

When Jackie aged out of foster care, he struggled to stay on a stable path. For a while, he was homeless and had nowhere to turn. But things began to fall into place when he was accepted into Our House, a transitional living program operated by BCFSAbilene. Our House provides safe, comfortable housing to young men overcoming homelessness, while helping them save money, improve their life skills and prepare to move out on their own.

However, Jackie’s stay at Our House proved challenging for him and his housemates.

Jackie found it difficult to follow the house rules or stick to his Personal Transition Plan – a set of individualized rules and goals that helps each resident grow to self-sufficiency. When his hyperactive behavior disrupted the other residents, Jackie was asked to leave.

“It wasn’t until he found Our House, enjoyed how nice it was, and then lost it that he decided to take responsibility and overcome all the things that had been holding him back,” said Emily Cole, Regional Director for BCFS Health and Human Services. “He wound up on the streets again and said ‘I don’t want to do that again.’ It was a motivating factor for him to get it together,” said Cole. “Not every fairy tale ending comes with a picture-perfect road getting there.”

Although his time at Our House came to an early end, he remained actively involved in other BCFSAbilene programs, including the Texas Workforce Commission program which helped him define his career goals and advance his education.

Jackie landed a full-time position as desk clerk and bookkeeper for a local hotel, and soon was offered the opportunity to move into one of the hotel’s units built out as a small apartment. It’s become another step toward Jackie’s goals of independence and self growth.

When Jackie began a relationship with a young woman who was pregnant, Jackie, excited at the prospect of helping care for a newborn, joined the Fatherhood EFFECT program. Fatherhood EFFECT is a parenting education program operated by BCFSAbilene that teaches the characteristics of a good father, like discipline, masculinity and work-family balance.

Although the relationship, ultimately, did not work out, he says he completed the program “for his own personal gain” and learned valuable skills about decision-making and healthy communication.

Living independently, holding down a job and studying to earn his GED simultaneously proved to be a challenging combination for Jackie. Staying active in BCFS-Abilene’s programs was daunting with a jam-packed schedule, according to his case worker, Alexzandra Hust. But, he powered through the study sessions, long work shifts and weekly life skills workshops at BCFS-Abilene.

When he earned his GED in December 2015, Alexzandra and the BCFS-Abilene team were overjoyed. Soon after, they helped Jackie file financial aid and admissions applications for local colleges. He plans to study psychology at Cisco College.

Jackie’s experiences in foster care inspired him to choose a career field helping others.

“I plan to be a social worker working for Child Protective Services or Betty Hardwick, I haven’t decided which yet,” Jackie says. The Betty Hardwick Center provides mental health care for children and adults, residential services for people with developmental disabilities, and early childhood intervention services.

Today, Jackie still plays the guitar and plans to dabble in songwriting for an added creative outlet for self-expression. He doesn’t shy away from opportunities to share his story, and over the next few years, perhaps his song lyrics will be another window into the ups and downs of his personal journey.

“I have made some great memories at BCFS,” says Jackie, “and I will never forget the people I have met there over the years.”