Whether you’re in a rural Indian village or in the hustle and bustle of a crowded urban street, it’s clear: India is a vibrant, intoxicating nation, bursting with color and so full of life. The food, the smells, the sounds, the ancient temples, the varied dialects, and the sense of order hidden beautifully in the chaos – a faint-of-heart traveler might even say it borders on sensory overload. This proud nation of warm and resilient people is also, unfortunately, the source of some staggering social and economic epidemics.

India is home to 1.2 billion people, twentytwo percent of whom fall below the international poverty line. In 2015, the average annual income of each family equated to a meager $4 per day.* Imagine the futility of trying to stretch these few dollars to pay for safe housing, medical care, food, clothing, education and other essentials.

Poverty coupled with lack of education, unemployment, child labor, homelessness, substance abuse, physical and mental health needs, child abuse and neglect, violence and inability to access resources are just some of the horrific challenges India’s children face every day. In response, the international arm of BCFS, Children’s Emergency Relief International (CERI), launched a new organization in New Delhi, India, in partnership with other thought leaders and agencies, to strengthen families and protect children. 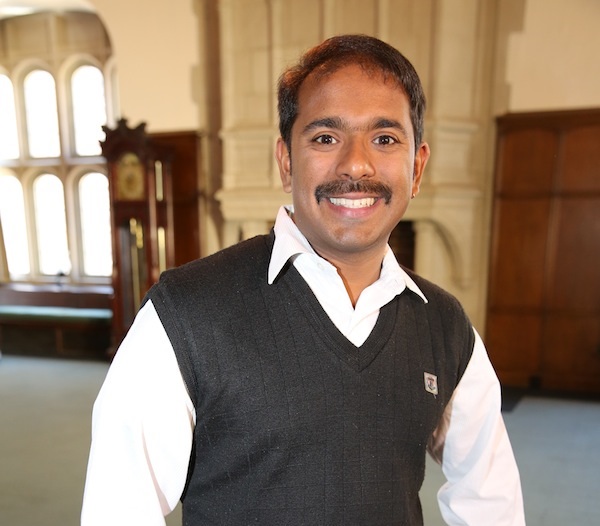 Heading up this transformative program is scholar, researcher and sociologist, Ian Anand Forber-Pratt, a man following his lifelong dream of bringing progressive alternative child care to India, and promoting the idea that every child deserves to live in a healthy, happy, loving family setting. Ian aims to revolutionize the social service systems for children in his native India to include foster care and kinship care for orphan children.

Born in Kolkata, India, Ian was adopted from a home for unwed mothers when he was two months old by a Canadian mother and an American father. Ian was raised and educated in the United States, along with his adopted sister from India, Anjali, and his brother and sister (biological to his adoptive parents). His adoptive parents, determined to connect Ian and Anjali to their Indian heritage, exposed them to Indian cultural events where they learned about native foods, dance and language. However, it was not until his first trip back to India in 2006 when he said his “internal circuits” really connected with his ancestry.

“I felt at home, and not at home, in the same emotion,” Ian recalls of this trip. “I finally felt like I’d found a sense of purpose. I was going to use the gifts I’d been given in life to honor my adoptive parents and give back to the country that gave me life.” Even before that memorable trip, however, Ian dreamed of giving back to his birth country, he was just unsure of exactly how.

Ian ventured out to be a catalyst for change, taking those first few steps, no matter how small. Two years and thousands of emails and phone calls to potential partner agencies mustered Ian only one connection with another organization. However, he remained dedicated and slowly started to see results. He knew he needed to collaborate with existing service providers to make a real impact. New connections trickled in from partnering agencies, including important policy makers, government officials and leaders in social services. This established a network of advocates that would, in the next ten years, have the power to change state government and pass critical policies.

Today, critical legislation and social service guidelines are in place, including the Juvenile Justice (Care and Protection) Act 2015, Central Adoption Resource Authority Guidelines on Adoption 2015, the Model Guidelines on Foster Care 2016 and the Integrated Child Protection Scheme 2014. Ian served on advisory committees for both state and national legislation on foster care in India.

Together with partners from governmental and non-governmental sectors, the Centre of Excellence is slated to continue making significant changes and much-needed advancements in India’s child care and protection system.

In the words of renowned human rights advocate, Mahatma Gandhi, “You must be the change you wish to see in the world.” Leaders and visionaries like Ian and CERI are spearheading that change in India, every day.