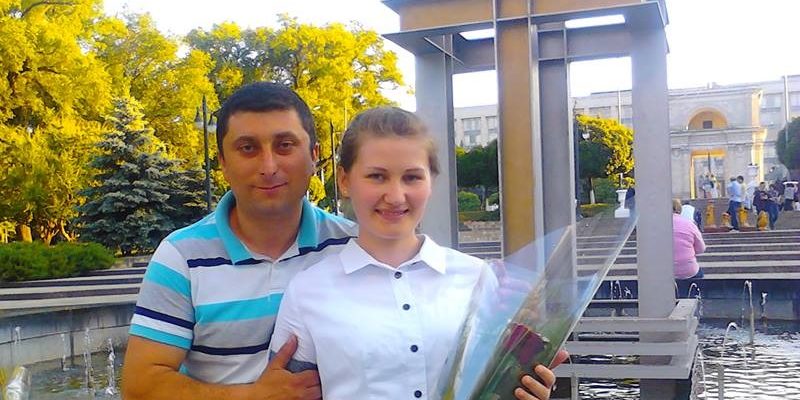 Healing From The Inside Out

Cristina was born in Moldova, the youngest sibling of four older brothers. Her mother was addicted to alcohol and became increasingly violent and abusive as her drinking worsened. She brutally beat Cristina, while her father did nothing to protect her. Her father neglected Cristina and her brothers, staying away from home as much as possible to avoid the harsh reality that his family was suffering.
Cristina’s mother died of a cerebral stroke in 2009. Even though Cristina has traumatic memories of her mother, she still misses her.
When she was 12, Cristina started having health problems. She had surgery on her appendix and later began experiencing epileptic seizures. She developed a spine tumor – all the while, her father showed no interest in helping her get critical medical treatment. Cristina was put on medical disability and spent most of her time at the hospital. Despite that, she managed to finish middle school with good grades.
After undergoing another surgery in 2011, Cristina found herself with no money or permanent place to live. A woman who worked at the hospital told Cristina about Children’s Emergency Relief International (CERI), the overseas division of BCFS. Cristina wanted to start a new life and get an education, but her dreams felt hopelessly out of reach. In the fall of 2012, she asked CERI for help.
Cristina spent the next three years in CERI’s Transitional Care program, which provides case management, access to education and vocational training, financial literacy and life skills training, and guidance on how to avoid human traffickers that run rampant in the region. CERI helped place Cristina in a Christian center where she started going to church, and ultimately professed her faith in Christ. Soon after, she was accepted into the Christian University to study social work.
Things were looking up for Cristina! She enjoyed her college classes, and had a new church “family” to encourage her – but she was still very ill. She was hospitalized several more times that year, and ultimately underwent radiation therapy.
Today, she has a clean bill of health, she feels much better and believes that God has healed her. Cristina is in her third year of college and going to class in the evenings. She is a member of New Testament Church in Chisinau, Moldova, where she serves in their Sunday school program.