By Aubrey Parke
Featured in the 2016 annual BCFS together magazine 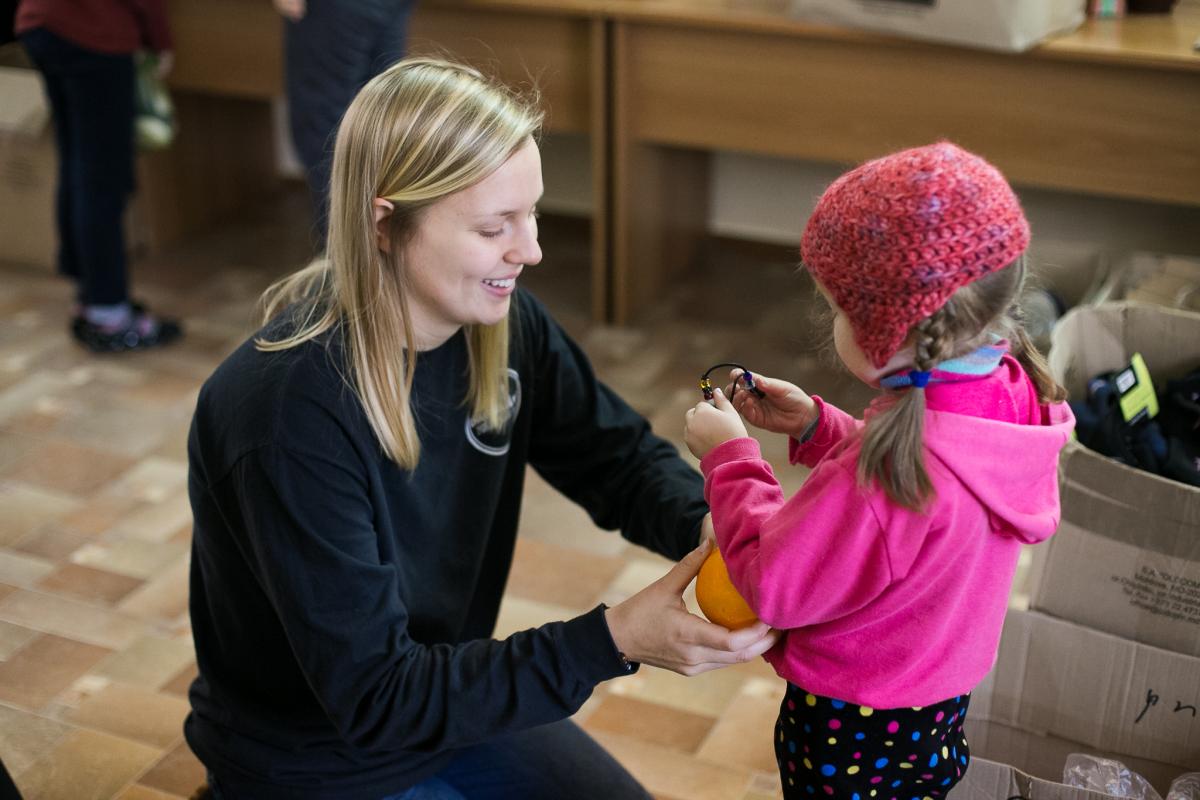 In November of 2008, Diane Stone stepped into a sparse but tidy supply closet in the recreation room of an East Texas group home and stumbled across a couple of plastic looms. Nearly eight years and 2,400 hats later, she and nine other women have knitted their way across the Atlantic Ocean, connecting two organizations in the BCFS system in a meaningful way, and most importantly providing warmth and compassion to orphans in Eastern Europe.

Diane has served as a day program leader at Breckenridge Village of Tyler (BVT), a residential community for adults with disabilities, for almost a decade. When she first found the Knifty Knitter looms, Diane thought, “Maybe the residents could learn how to make hats with these!”

In the first year of knitting, Diane’s group created 200 hats. The number has grown every year since, reaching 370 hats in 2015.

All of the hats are sent overseas and distributed to orphanages in Moldova in Eastern Europe every December by Children’s Emergency Relief International (CERI), the international branch of BCFS.

Remarkably, BVT has not had to purchase yarn for any of the 2,400 hats they’ve created since the knitting group began. According to Diane, volunteers collect trunk loads of yarn donations from their churches.

Arts and crafts have always been a part of BVT’s day habilitation program, but it was important to Diane that the residents “use their time and talents to serve others, and feel the joy that brings.”

By making hats, BVT meets a very real need. Not only are Moldova’s winter temperatures gravely cold, but utilities and energy resources are scarce. It is difficult to keep buildings warm when the sun goes down, so the children can wear BVT’s knitted hats all hours of the night and day.

When the first batch of hats arrived in Moldova, the CERI team sent a report back to Tyler, Texas, thanking BVT villagers profusely. Eight years later, tears still well up in Diane’s eyes as she remembers what they told her.

“The kids don’t ever get a choice in what they wear,” she said. “They just wear whatever they are given.” But, in this case it was different! CERI workers laid out the hats, with their brilliant array of colors, almost as many shades and patterns as there were hats, and let them pick!

“The kids didn’t know what to do. Orphanage workers had to take them by the hand and show them how to make a choice.”

Diane’s knitting group has expanded to become an official class at BVT. But the core group of nine knitters continues to meet every morning, sharing life and ministry with each other.

“We are just one big family here at BVT,” Diane says. “I have never been anywhere with an atmosphere like this.”

Community service has always been a part of the lifestyle of BVT residents and day program participants. Staff and residents are involved with Meals on Wheels, the East Texas Food Bank, Jesus Closet Clothing Ministry, and other local nonprofits.

Expanding their local volunteer efforts to have a global impact was a logical – and inspiring – next step.