“As soon as we saw the boys, we knew they would be part of our family forever.” – Mr. Eduardo Quintana

This Christmas will be the Quintana family’s first to celebrate all together – as a family.

Eduardo and Yolanda Quintana adopted their three children through BCFS Health and Human Services, the youngest of which just joined the family in November.
After extensive research and prayer about international, local and national adoption agencies, they decided to trust BCFS HHS to build their family through adoption.

Two years ago, BCFS HHS called the Quintanas to pick up their first adopted child from the hospital, Ytzaak. Their second child, Eddie, joined their home just three weeks later when they were still going through the sleepless nights of being brand new parents of a newborn. And just a few weeks ago, Yosev joined the family, the fraternal brother of their first adopted child.

“For many families considering fostering or adoption, the biggest issue they face is fear,” says Eduardo Quintana. “But God says, ‘Perfect love drives out fear…’ (1 John 4:18) and ‘Greater love has no one than this, to lay down one’s life…’ (John 15:13). As a parent you’re basically laying down your life to parent a child. That’s perfect love so you have nothing to fear – which helps parents take the leap of faith to foster or adopt.”

Read their adoption story in Mr. Quintana’s own words….

It took us a while to decide to adopt. We looked into adopting a child from China, Russia, and other places. But it was too expensive, and some agencies require both the Mom and Dad to make multiple trips overseas as part of the adoption process.

We thought, there has to be plenty of children in the US we could adopt, so we started looking at local and national adoption agencies. A lot of them turned out to be just as expensive as international agencies.

One day my wife heard a commercial on a Christian radio station and there was an interview segment where they were talking about how families who wanted to adopt used BCFS HHS’ foster-to-adopt program. We said, why don’t we look into that? So we went to the orientation meeting, and decided that was how we were going to do it. It was very scary at first. The biggest fear we had was that we would fall in love with children and not be able to adopt them. Since we really wanted a family, we knew that would have been devastating to us, so we were quite scared about the whole process. But BCFS HHS made it really easy.

We kid around that after the very first class we took we almost didn’t go back, because it was the SAMA (Satori Alternatives to Managing Aggression) class. It took us about a year to get certified because of my job at that time. When we finally did, they started calling us to foster children. Our first experience was with fostering which gave us a better understanding of what we were looking for in the process.

Two years ago, Miranda from BCFS HHS called me saying that she knew we wanted a baby, and that there was a baby at the hospital. She asked if we wanted to submit our home and I told her yes. A few minutes later she called back and told me that they’d chosen our home for this wonderful foster-to-adopt baby! When we picked up Ytzaak from hospital, I knew right then and there our lives would be changed forever.

I felt a very strong presence from God when we picked him up. He had another name at that time. As soon as I picked up that tiny baby and held him in my arms I heard God’s very subtle voice in my mind telling me his name would be Ytzaak, which means joy or laughter and his second name would be Kalev, a mighty man of God. We can conquer these giants – yeah they’re big, but we can conquer them! He was born 9 weeks premature and some of his health issues made it a challenge to get any sleep at all. We had never had a baby in our lives before, so we had to figure this whole thing out.

…And Then The Second

Three weeks later, Miranda from BCFS HHS called me again and said, Mr. Quintana we have a 3-year-old child and he’d be perfect for your house. I said I don’t know if we can bring another child in here, we haven’t slept in three weeks! Miranda told me he’s very mellow, he is easy going and a very nice child, she told me, “he’s perfect for your home…and his name is Eduardo.” How can I say no to that, that’s my name!

We said yes and the very same day we got him. Miranda is a good matchmaker; he did fit in very well. When Eddie came, I gave him a hug and knew then and there he’d be here forever. I gave him a second name, Levy, which means “attached” because God had attached him to us.

…And Finally the Third!

After we’d officially adopted both Ytzaak and Eddie by March 2012 we thought we were done, this is it, we’re good. Suddenly we got a call, letting us know Eddie had a biological brother that had just been born. He was still in the hospital and they were going to release him. How can you say no to that? This newborn baby and Eddie were brothers! We said absolutely, bring him over. We named him Yosev which means “God will add.”

The Power of Prayer

One of the biggest challenges we faced was knowing how to pray during the adoption process. Should you pray for parental rights to get terminated? We knew we had to pray that God’s will be done, if God wants these children to be together, they will be. That’s how we approached it. It’s hard to say when it all sunk in, but now that it has been made official with the adoptions, what I feel is relief – that feeling that says ‘OK it’s over,’ they’re part of our family now. That part of the journey is over and now we can really focus on bringing them up.

The hero in this story is my wife. She quit her job to be a stay-at-home-mom, and having five people on one income is quite a task. She could be working, taking the kids to daycare like most of America, but these kids really need family in their formative years. She’s their anchor. I go to work and don’t have to worry that the kids are safe all day long.

My wife would like to encourage all those families who are considering the possibility of fostering a child or adopting one or more. She says, “You need to give yourself the opportunity to give it a try. Take some time to meet with other families, like ours, who have been down that road and done it. It brings hope to one’s heart to see others who have already gone through the process and have made a forever family out of otherwise broken lives. I know it helped me to meet others when we were starting out.”

There is no way my wife and I could do what we are doing if it hadn’t been for the people at BCFS Health and Human Services, and my current employer. After our family started to grow, God prospered me with a better job. Now I’m an Area Manager at Bush’s Chicken. The fact that Mr. Tony Cain (my new boss) believed in me and gave me an opportunity to work for him has made all the difference in my family. It has allowed me to have the time to do everything we needed to do to prepare for the adoption, like classes, training, all the legal mumbo-jumbo, court, visits, doctor’s appointments, you name it! His friendship is invaluable and I will be eternally grateful to him.

Spreading a Message of Hope

I’m a big advocate of fostering and fostering to adopt. There were over 500 children removed from their homes in Bexar County alone last year. All these children find themselves in the system somehow, most are in shelters or in foster homes and a lot of them will never get adopted and will age out. It’s sad that it happens, but it’s the reality. I’ve felt like I have to talk to as many people as I can about getting involved; they don’t have to adopt, they can foster, or be a CASA worker, which is a big help to the case workers. Or get involved in many other ways like visiting the children at the shelters or taking time to put together some gifts for families with foster children, or getting certified as a babysitter for foster parents.

We’re hoping to go to Mexico City for my father-in-law’s 80th birthday in January. That would be the first time the kids get to go to Mexico and experience a whole different culture and language.

And…..I think we’re going to adopt another child in the future. My wife wants a baby girl; she says there’s too much testosterone in the house!

What a beautiful family – inside and out. Check out their family photos! 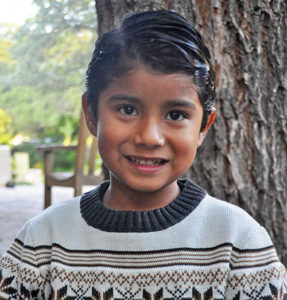 Your gift will impact the life of a child, family or youth in need, and support our programs that provide food, shelter, counseling, education and employment assistance. 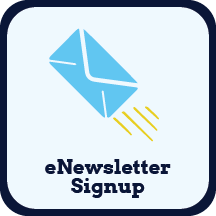